I work in the Salinas de Cabo de Gata Almería

Salinas de Cabo de Gata (1916) Salt is associated with sterility and life, with gods and devils, with a state of grace or misfortune. In popular language we find numerous references that indicate the importance it has in our daily life.
We know sayings such as Oil, wine and salt, real merchandise, So that he does not return again, deny him the bread and salt, Spill the wine, good destiny; spilling the salt, a bad sign. There are also phrases whose symbolic content is related to the use of salt. In England, for example, the expression To be under the salt means to be of humble condition. This is because, due to its scarcity, in the Middle Ages only the most privileged had access to it.

When the nobility gathered to celebrate an agape, the most powerful were placed at the table in a preferred position. The rest of the diners occupied lower-level seats.

The salt shaker, a luxurious piece of jewelery, was placed in the center of the table and only the highest aristocracy had the right to use it. In Russia, spilling it heralds a scandal in the family; when a woman puts a lot of salt in her food it indicates that she is in love or will soon fall in love. The loss of salt in peasant families, being scarce and expensive, could also herald an economic disaster.

In a way, these superstitions were a way of paying attention to their use to avoid waste. We see how salt is a product of maximum importance in the life of all civilizations.

Due to its properties for the preservation of food, it has been considered one of the most valued exchange goods throughout history. Its obtaining and commercialization over time has been subjected to different formulas of exploitation and control by the economic sectors that exercised power.

Although the extraction of salt requires population groups with the capacity to carry out organized collective work that can maintain productive regularity, its incipient exploitation dates back to the time of the Paleolithic hunter-gatherers.

Towards the year 2000 BC in Olduvay (Tanzania) and Turkana (Kenya), there is knowledge of the use of salt, documenting how Homo Erectus sought it to serve as a complement to their diet. They used the evaporation technique of existing aquifers in the territory (Leakey and Roe, 1994).

At that time in the province of Ch'ing Chon (China) it was also exploited for human consumption. Its use during the Neolithic seems proven (Weller, 1996) as well as in the Metal Age.

The use of salt to keep the products in good condition allowed the accumulation of a surplus of hunting and fishing that could be exchanged for other goods necessary for the community. The origin of the word "salt" overlaps its roots in Indo-European languages, being adopted by the Latin peoples to designate a gray product that was presented in their markets with a cloudy appearance. That was because it was being sold or traded in rock or raw form. Its importance for man is such that it has been used in religious rituals (to drive away evil spirits or promote states of grace), as a symbol of hospitality (offering bread and salt to guests) and also as a therapeutic resource (applied to wounds, against hypothyroidism, etc.). 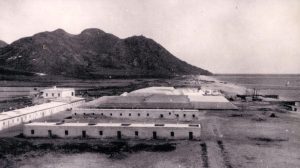 But, without a doubt, the generalization of its use is a function of its properties for the preservation of food, mainly meat and fish. Important trade routes are known throughout Europe: Route du Sel (France), Alte Salzstraße (Germany), Via Salaria (ancient Rome). Its qualities as a herbicide or as a natural antifreeze to combat frost were also known to our ancestors.

It was obtained mainly through sodium chloride rocks in mines or by evaporation of salty waters. Even knowing these benefits, in primitive times it seems that the possibility of salt extraction was not decisive in the choice of settlements. Gathering, hunting and agriculture were essential for the survival of the group, and these were the factors that indicated the suitability of the territory.

For many researchers, the cattle populations of the interior would be the first to make profitable the exploitation of salt and improve their techniques of use. Preserving surplus meat would be the main incentive.