The meadows of Posidonia oceanica

Where they are located? 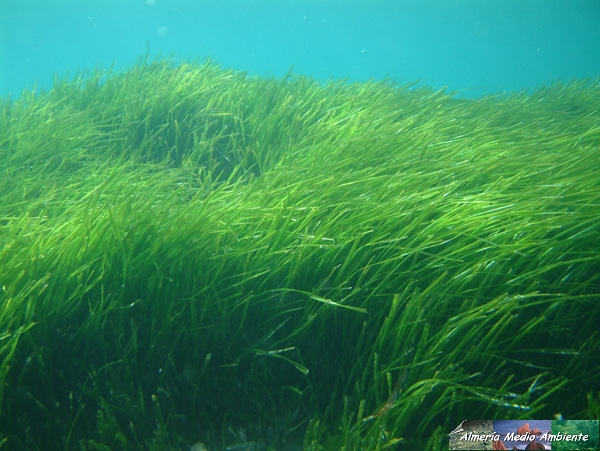 Its spatial distribution varies depending on the characteristics of the body of water, being present at depths ranging between 0.5 m and 30-40 m deep.

Its reproduction is generally asexual, through rhizomes or underground stems, although it can also be carried out sexually through flowers that grow in groups. The flowering of the plants, which does not occur every year, occurs in the months of September to November. From these flowers the fruit is produced that is similar to a small olive.

From various instances, the prairies have been endowed with Oceanic posidonia of a legal protection status in order to alleviate its continuous deterioration. In application of the European Directive 92/43 / EEC of the Council, the training of Oceanic posidonia with the highest degree of conservation of the coastline of the Region of Murcia (meadows in front of La Manga, Calblanque and Calarreona de Águilas), have been designated by agreement of the Governing Council of July 28, 2000, as Places of Community Importance (SCI) .

Your benefits at sea

The Posidonia it is an important primary producer. It contributes to the marine environment, directly or indirectly, large amounts of organic matter that can be used as food by countless living beings, including many fish of fishing importance.

The meadows are the place of laying and refuge of abundant fish, crustaceans and mollusks, enriching the biodiversity of the marine environment and guaranteeing its maintenance. 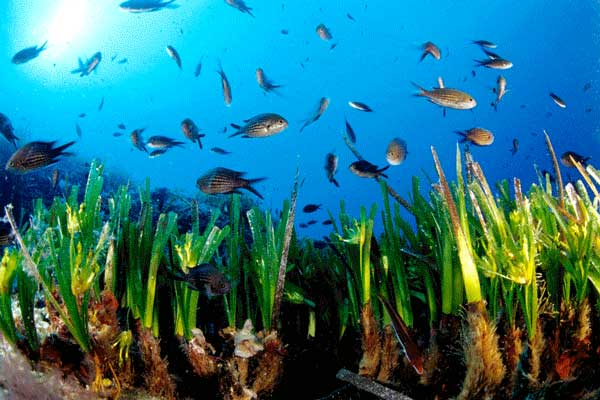 As green plants that they are, the meadows of Posidonia they produce a high amount of oxygen, essential for the development of life; and at the same time fix CO2, helping to reduce the harmful effects of the excess of this gas on the atmosphere.

The meadows of Posidonia fix important amounts of substances in suspension in the water, generating a purifying and cleaning effect of the same 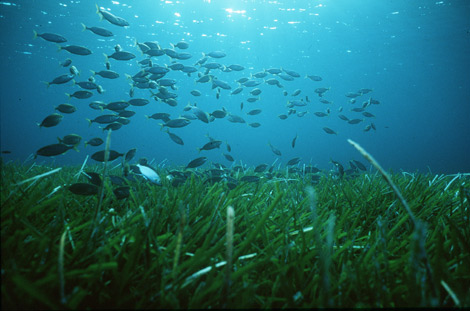 The arrangement of the meadows of Posidonia As reefs or barriers parallel to the coast, it considerably reduces and dissipates the incidence of wave energy on beach areas, avoiding the loss of sand by reducing erosive processes.

The banquettes deposited on the shore serve as food for countless crustaceans and mollusks, which in turn are eaten by protected species of birds that are rare in the Mar Menor, such as turnstones, correlimos, etc. Sometimes, the fringes further from the water and close to the foot of the dunes are used by the plover to place their nests. Also, species such as the Marismeña terrera place their nests next to small accumulations of Posidonia to camouflage them.

Over time, the remains of Posidonia they have been used by man for different purposes. For example, they have been used to protect and pack glass and ceramic objects, or to fill mattresses, pillows and cushions, as bedding for livestock in stables, and even as compost. It has also been used in popular medicine, where numerous properties are attributed to it (astringent, respiratory, facial cleanser, etc.).