The Apricots of Cabo de Gata

March 31, 2021May 23, 2021 Cabo de Gata
The name of the neighborhood comes from one of the first settlers, nicknamed "the apricot." Throughout the 1960s, its inhabitants worked in the gold mines of Rodalquilar and "al monte" with the collection of esparto grass.

The Cinema in Los Albaricoques

Los Albaricoques has been the scene of numerous western and the famous Sergio Leone trilogy. Movies like Death had a price or For a handful of dollars, with a then young and unknown Clint Eastwood, Lee Van Cleef ... have turned this small town into a natural set. This film era was an important moment for the population of this place, since each and every one of its inhabitants participated in this dream of cinema, where those who were children today are men and women who give good faith of that moment and remember to those who are no longer in these emblematic films that make up a true family album. It was also an economic boost in this area in its time. The places of the best-known scenes have been marked, so we can often see tourists "representing" in the era of Los Albaricoques "the final duel" of Death had a price or curiously comparing the photographs of scenes located next to the real landscape, thus locating many of its scenes. Years ago from the US, a Spanish veterinarian who decided to live Entre Olivos, and like the famous musician and sheep shearer who wrote Entre Limones, found his destiny and currently offers in Albaricowhat Rural small houses totally independent and equipped with large terraces, each with its own charm, which invite you to relax, calm and rest. They are distributed in such a way that they resemble a small Mediterranean village and have adapted to the trees -almond and olive trees-, which were already there before they arrived. The architectural style of the accommodations has been inspired by the Catalan architect Josep Lluís Sert, reflected in his book "SERT: Mediterranean Architecture". Gonzalo, inhabitant and soul of Albaricoques Rural, takes his olives every year to the oil mill and takes care of his small organic garden. Like all the "hosts" of this town, always ready to provide information on the beaches and places of interest of the Cabo de Gata Níjar Maritime Terrestrial Park and the nearby Villa. They have followed criteria of sustainability Y exploitation of natural resources through the use of alternative energies and everything that new technologies can contribute, as well as the recycling of a vital and scarce resource, especially in this geographical area, such as water, through its purification and subsequent use to irrigate the trees and plants of the farm.

But if we go to the emblematic El Cortijo del Fraile, we will find in the old Cortijo de Doña francisca El Cortijo El Campillo, an Ecological Rural House where Annika and Martin have lived with their big family for so long that we don't remember. This farmhouse, which is more than one hundred years old, preserves its traditional architecture, to which modern comforts have been incorporated to enjoy a pleasant vacation in the middle of nature, incorporating bioclimatic construction. A totally sustainable space that has received the Sustainable Development Award - GADS 2010, in the phase of adhesion to the European Charter for Sustainable Tourism. Its philosophy is to participate in the creation of a Just Future for all, that is why collaborate with different NGOs: Friends of the Cabo de Gata-Níjar Natural Park Association, Doctors without Borders, GREENPEACE and UNICEF. Los Albaricoques is more than just a neighborhood in Nijar. Its inhabitants offer us places to eat, sleep, learn and with them we will always have available history, cinema, information, they are people who tell us about the past, share the present and move towards the future. A starting point to get to know an incredible environment, enjoy nature and history in different ways and ways in a strategic geographical location located between the two ends of the Park, Carboneras and San Miguel de Cabo de gata and the Villa de Níjar. Around the Requena Trail, El Cortijo del Fraile, Las Minas de Oro ...
yard
yard
hiking-cabo-de-gata-almeria
hiking-cabo-de-gata-almeria
breakfasts
breakfasts
restaurant
restaurant
store-cabo-de-gata-almeria
store-cabo-de-gata-almeria
parking
parking
yard
yard
empty-icon
empty-icon
empty-icon
empty-icon
empty
empty
empty
empty
empty
empty 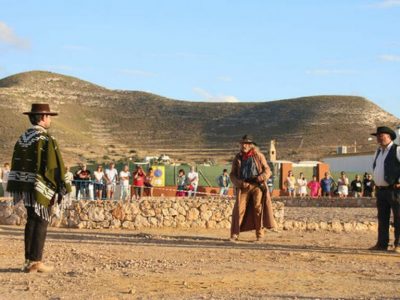 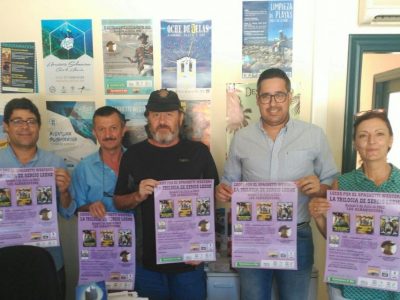 Every year a "Crazy About Western" event is held with performances by stuntmen who recreate the films shot there.