It is ideal for sports and has diving, canoeing, kayaking, horse riding, bicycles, route guides and is ideal for hiking.
Ideal for a pleasant vacation.

With the name of San José, in the 18th century a coastal battery was installed on the most prominent promontory of the formerly called “Bahía del Sollarete”. Its mission was to watch over Genoveses Bay and San José Bay as far as Cala Higuera, two natural anchorages widely used by Berber pirates who docked on these beaches to provide themselves with water and food. In the shelter of this military installation grew a small neighborhood of fishermen called SAN JOSE.

It is part of the Cabo de Gata Natural Park, and until a few years ago it was inhabited by just a few dozen inhabitants, a coastal town that is beginning to be discovered to the world and that is the spearhead of one of the virgin areas that remain in Europe.

It does not have the crowds that the rest of the Mediterranean coast, on the contrary offers the possibility of discovering other ways to spend some time off.

The town of San José has between 700 and 750 registered people and a floating population that varies according to the season and that reaches its peak in the month of August and during Holy Week. Surrounded by beaches, tiny coves and a lot of nature, it allows you to see the sky through its low-rise buildings. Also in its surroundings are the last virgin beaches of the Mediterranean.

You can find in San José has varied and good services such as restaurants, cafes, tapas bars, shops, rental apartments ...

It is ideal for sports and has diving, canoeing, kayaking, horse riding, bicycles, route guides and is ideal for hiking.
Ideal for a pleasant vacation.

San José lacks industries and turns to tourism in hotels, rentals, lodgings, services and shops, leaving some small artisanal fisheries that provide fresh fish to the daily diet.
The town is growing since the demand it causes for its situation is enormous. The construction of small urbanizations for those who want to invest in the area are largely concentrated in this nucleus, since the urban space is reduced to make it bearable for the Park. It is also the urban nucleus of the Park where you can find a pharmacy, a bank, a supermarket, a library….

This coast abandoned for centuries for being so desert, always hit by the east or west winds, was a refuge for pirates who boarded the ships that went to the ports of Alicante and Valencia, (there is still the occasional pirate loose). These coasts, having no urban centers, allow us to see the sky in all its splendor, because we are already losing the habit of looking at the sky and letting time go by.
Take off your watch because in San José you will regain the habit of enjoying things you didn't even remember: looking at the sky, enjoying the sunset light, going for a walk, wasting time ... or gaining it? .

In San José there is also a varied gastronomic offer as well as “tapas” places.

Beaches and coves of San José

But we cannot speak of the beach of San José if not of the beaches, because the bay of San José gives place, in addition to the main beach, next to the small promenade and the marina, to a few very pleasant coves. To begin with, the entire bay of San José, limited on one side by the Puerto Deportivo and on the other by the Civil Guard, is marked, guarded and equipped, during the summer months only, of course, with bins, showers and beach guards. .

The most urban beach in the park and also, depending on who, the most comfortable beach for its services. On the main beach, the one next to the promenade, there is also an entrance and exit corridor for small boats such as "pedalones" and wind-surf boards, apart from some changing rooms and the first aid station. Also on the beach and along the promenade there are "swings" for children. All of fine sand, quite clean because it has maintenance and also the most crowded surely, although still very far from the overcrowding of the typical Mediterranean beaches. In addition, umbrellas and deckchairs are rented on one side of the beach and there are some nets to play boley.

Have a drink and cool off

Although there are no beach bars or coves in San José, everything is nearby, and from any of them we can easily access any bar, restaurant or ice cream parlor. In addition, the main beach is large enough to walk around and you can walk the entire bay getting your feet wet, yes, a couple of times. If we move towards the other side of the bay, we will find several coves, some with a rock that is easy to get around: the beach of the cross, the cove of the maimono, the hotel cove ... so until we reach the last beach in San José: La Calilla , a typical beach with a markedly family atmosphere, a beautiful cove, with rocks on one side that delight children with diving goggles, but beware, a quiet beach when the sea is calm and quite dangerous when there is hangover.

And here the beaches of San José end, but if we continue walking along the road that runs along the sea towards the end of the bay we will reach Piedra Gálvez, I do not know where the name comes from but it is a large rock with very easy access where people gather to fish, to watch the sea, to dive ... and if we continue until the end of the finals, next to the Civil Guard, there are also rocks from which to see the sea and where the waves break and seagulls nest. And at the other end of the bay the port. San José is an ideal place as a tourist center of the Natural Park, where the offer of sports activities and the offer of services grows to facilitate any management that is undertaken in the area. Landing Pirata is organized by the townspeople, a festival that continues to grow every year since 2010, coinciding with the San José festival (around March 19). The skirmishes that happened when pirates raided the Spanish coast are relived. 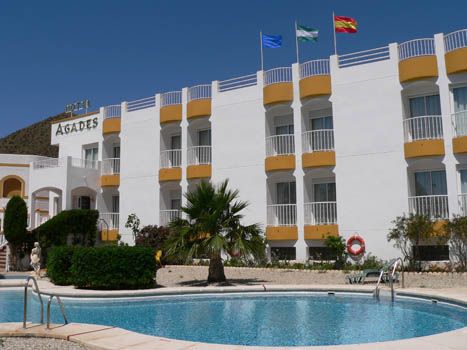 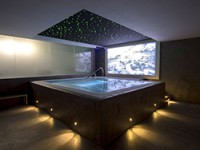 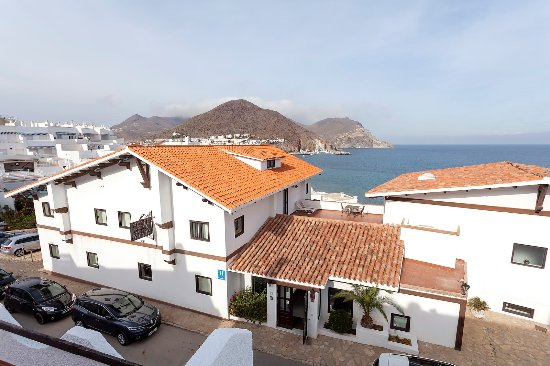 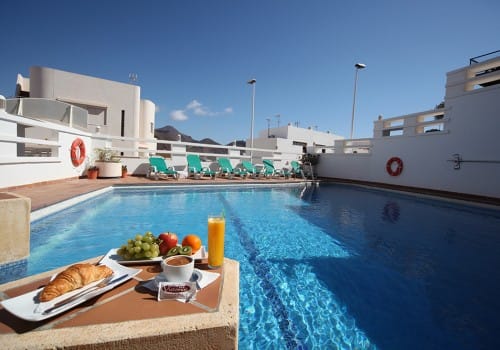 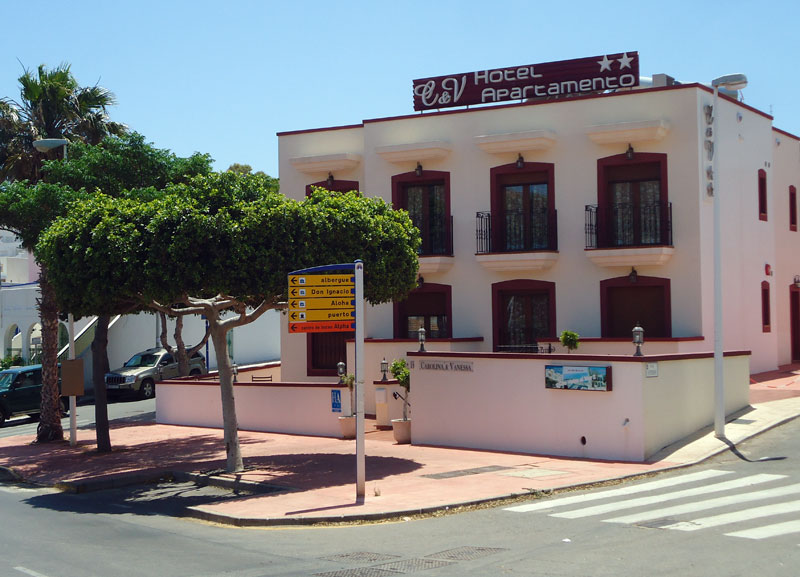 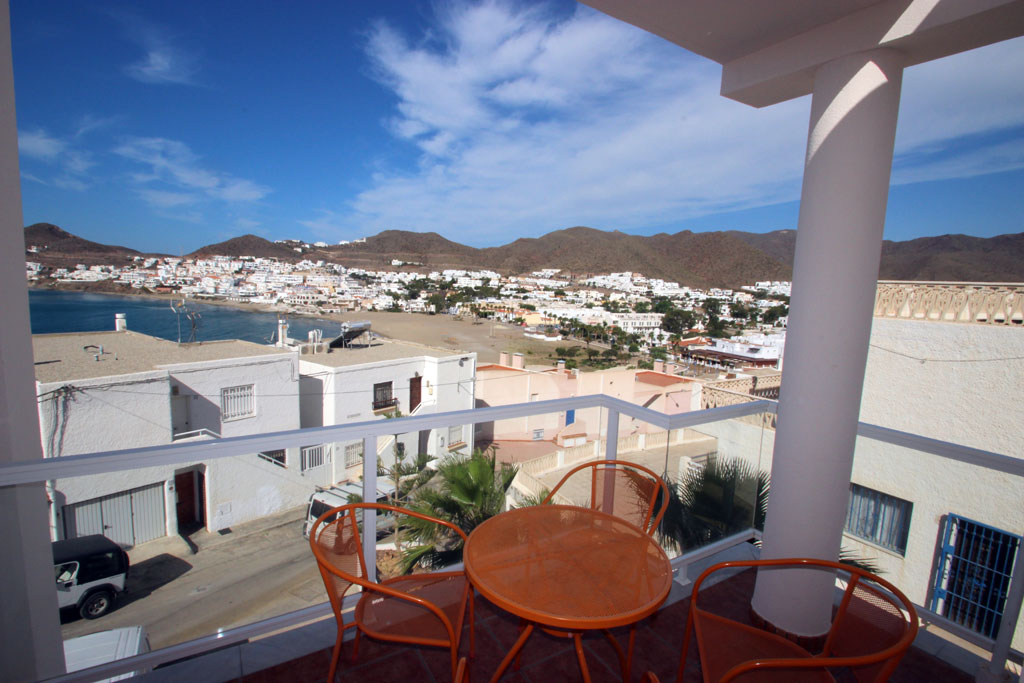